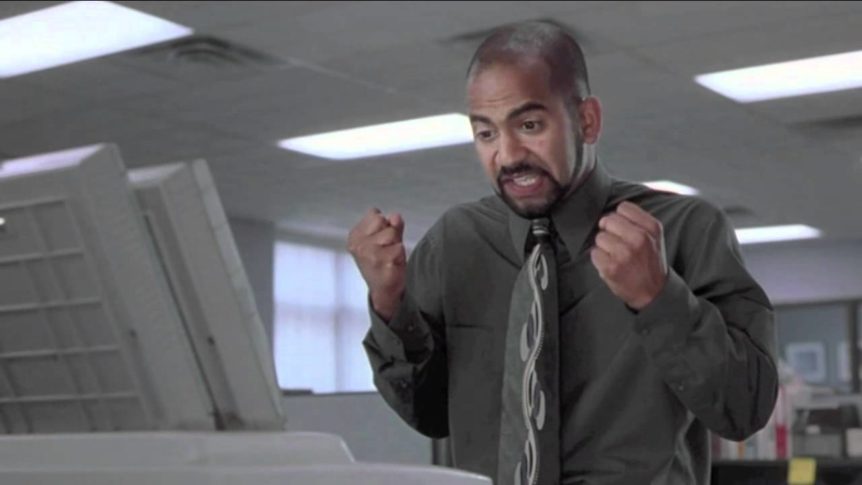 Everyone’s chasing “the next big thing” in their career.

But how many of us actively seek out new opportunities to grow, take on new responsibilities, and advance forward? Unfortunately most of us are just working to keep the job we’ve got. We’re going about our daily tasks, afraid to stick our necks out. We’re afraid of looking stupid, or making a massive blunder and facing embarrassment from our employers and co-workers.

Sticking around in a job you hate can rob you of MASSIVE opportunities, and delay your career growth by several months, even years.  The longer you put it off, the harder it becomes to get out of your current job. And the more intimidating it feels to move on to new opportunities.

In this article I’m going to break down some of the top warning signs that it’s time to quit your job.  As well as what to do if you’re working in a job you hate – let’s dive in!

One of the ways that I view “a job” is a form of paid training.

Sure, you’re getting paid to do great work and help the business operate effectively, and grow its revenue. But on a pure self-interest level, you’re also getting paid to develop new skills, expand your knowledge, and flesh out your professional network. If you’re not learning and growing, then it might be time to re-think your career strategy. More importantly, it might be time to consider moving on from your role, or the business entirely.

This element is two fold. Especially because failing to grow professionally is bad for both your career, and your mental health. We all have an innate need to grow, and feel as if we’re making progress in our lives. No-one wants to remain static. And if you’ve got big ambitious career goals, then it’s important to play close attention to this point. Because if you’re not being challenged, then someone out there is. The time may come when you both compete for the same job, and they win.

Remember, you need to consider that there are people out there with the same professional goals as you. And you’re in direct competition with those people for almost every future opportunity in your career. So personal growth isn’t something you need to take lightly. I suggest a highly proactive approach!

A business that’s contracting can create a demoralising environment.

What I mean by “contracting” is that the business is shrinking. They’re firing people left, right, and centre. They’re closing entire departments. Their industry is under attack from disruptive technology, and clients are running for the hills…

What I just described is a business pretty much on fire. Now, a contracting company doesn’t have to tick all of those boxes. A company I worked for were firing key staff members and reducing operations (social media output, and product creation). But because I didn’t feel as if the company was heading in a growing direction, I didn’t feel as if I had much of a future at the company.

Plus, I also didn’t feel as if I had a lot of job security. With all the people (who I loved) who were getting fired, I felt that any day it was going to be me. This could be a sign that the company is in dire straits, and it’s time to move on (by choice)…Trust me, it’s better to do so before you’re unexpectedly forced to move on by the hands of retrenchment (which I talk about in my “dark side of job hunting” article”).

It has serious and real implications on your day to day experience of your job. And if you’re not aligned with the companies core values, then you could find yourself in a hard place. Like sign #2, this has several interpretations.

For example, if you’re someone who likes to clock on at 9AM on the dot, and clock off at 5PM on the dot – and you’re working for a company where people often arrive early and stay later…Then you’re going to run into some serious relationship issues both with your team and your boss.

Mainly because they’ll see you as not having their back. Or that you’re lazy and not committed to the team. You could also find yourself working for a company where a lot of people take drugs, or drink too much booze at lunch time. There are people in workplaces all around the world who are drug addicts and alcoholics.

In fact, according to research by Quest Diagnostics, both cocaine and methamphetamine use in the workplace is rising from previous years. Now, I’m not judging that behaviour (even though I believe it has ZERO place in the office). However, if this conflicts with your values, then you could run into some serious relationship and communication issues. Ones that seriously damage your work satisfaction.

So if you work for a company and the culture or vibe doesn’t resonate with you, it’s time to move on.

Nothing will absolutely RUIN your job more than a terrible boss.

It’s hard to speak from experience on this, given that I’ve only had one (and it was very temporarily). Because of this, I’m not going to belabour the point (because I only write and teach on topics I have DIRECT skill, experience, and knowledge in).

But here’s the main takeaways I learnt from this boss:

On the other hand, I’ve had a couple of incredible bosses!

Thankfully these days bad bosses are less tolerated than in the past (or so I imagine). Especially in large companies with strict HR practices. However, because humans are humans, they remain out there.

But on the flip side, some of the qualities of a great boss include:

So does your current boss fit the above criteria? Or do they fill you with dread? If it’s the latter, then it might be time to switch companies.

Sign #5: Your Work Is Draining You, Not Exciting You

Sure, not everyday at work is going to be an awe inspiring experience.

Even the best of jobs have their bad, boring, and frustrating periods. However, it’s a bad sign if your job is an unfulfilling grind day almost every day. If you’re consistently dreading going to work, it’s time to think about a career pivot. This concept is actually one of my personal mantras: “life’s too short to spend eight hours a day, five days a week (sometimes longer) working in a job you hate.”

Here’s some math around this…

Don’t just consider all of the hours spent doing something you didn’t really enjoy and the regret of that decision. But also consider the stress that places on your health, and your relationships.

And really, every area of your life. Because a great job can lift the other areas of your life up, and conversely, a bad job can bring everything down.

NOTE: I’m not saying any of this to depress you!

Because let’s face it, some of us NEED to stay in our current jobs, even if we hate them. Maybe because we’ve got kids, or a mortgage, or we lack new direction. So I definitely don’t suggest just up and quitting your job on a whim. But if your work is a draining grind that you dread every Sunday night, then it’s time to revise your career strategy.

Resenting your co-workers is another tell tale sign it’s time to consider switching things up.

I’ve definitely been in situations where, after certain events came to fruition, I just became fed up and sick of my co-workers. (And I’m aware that sounds awful, so let me give you some context). In that particular job, two of my closest friends in the office had been fired as part of a big downsizing scheme.

I liked the people who remained, but nowhere near  as much the ones who’d been let go. Over time, as the number of staff began to dwindle, I found myself feeling alienated and frustrated with my colleagues. Whether it was the little things, such as not sharing a common sense of humour, or one co-worker trying to exert his “alpha male” energy on to projects…

Or one co-worker just being a plain old boring fella…

I felt myself wondering what the heck I was still doing in that job. And here’s the thing, resenting your co-workers can have serious consequences. For example, it could result in you snapping and saying something that damages communication. Maybe you slip up one day and say something mean or rude. It doesn’t help that we’re often confined in close quarters all day with people we wouldn’t choose to associate with in our personal lives.

If you follow my content you’ll often hear me talk about the power of great relationships. Because if you work in a closed industry, then it’s likely you’re going to run into familiar faces over and over again.

And you don’t want people spreading bad things about you and damaging your reputation. So what do you do? In the face of mounting tensions between co-workers, here’s my philosophy summed up in two words:

Be a pro. Get it done. Keep a cool head. If you’re frustrated, then just be aloof. Offer minimally in conversation, and be detached. And in your spare time, start looking for the next big opportunity, or dream job!

Here’s What You Can Do About It…

Maybe you only qualify for one or two of the above warning signs, but you’ve got a firm idea that it’s time for a change. I have a tonne of valuable resources that’ll help you immensely on your journey to a landing a bigger and better new job.

Here’s a few to get you started:

As always feel free to leave me a comment below and let me know what you thought!

Oh and before I forget…

Sign #7: If You’re Considering Acts Of Violence Against Office Equipment… 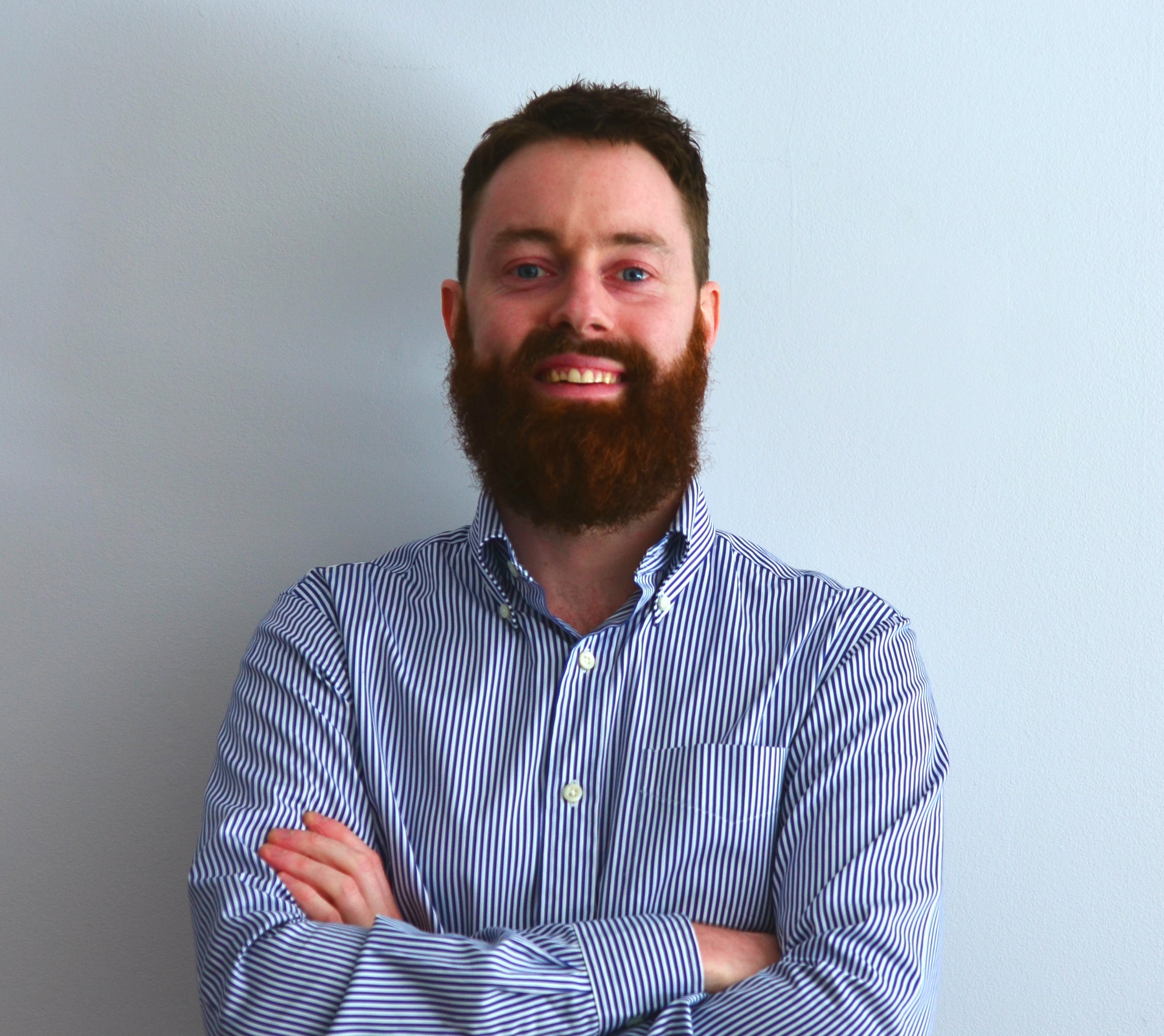 Will Vaughan is the Founder & CEO of Your Career Mastery. He’s dedicated to helping young professionals discover and land the job of their dreams using a mix of proven strategies, tips, tools, and mindsets. He currently works as a Content & SEO manager for a 100 million dollar tech company in Melbourne, Australia.